In this blog post, we discuss how to train a U-net style deep learning classifier, using Pytorch, for segmenting epithelium versus stroma regions. This post is broken down into 4 components following along other pipeline approaches we’ve discussed in the past:

This blog post assumes moderate knowledge of convolutional neural networks, depending on the readers background, our JPI paper may be sufficient, or a more thorough resource such as Andrew NG’s deep learning course.

U-Nets were introduced here, so please refer there for a complete description. Instead, here we discuss only the high-level intuition needed to complete this tutorial.

A U-net essentially involves 2 parts, a compression/encoding component, and a decompression/decoding component. The input to the network is the original RGB image, which performs semantic semegnetations and produces a binary mask (i.e., assigns each spatial location in the original image to a particular class).

The main benefit of this network architecture is found in the connection between coarse and fine spatial information. Copy and crop connections feed fine detail to the decoding layers allowing for improved localization of spatial awareness, while the compression/encoding allows for increasing levels of abstraction to take place for coarse localization. This abstraction typically occurs using convolution operations with strides greater than 1. For example, the first layer may consist of a 256x256x3 input tile, the subsequent layer being 128×128 x nkernels, 64×64 x nkernels, 32 x 32 x nkernels, etc, where nkernels is the number of unique kernels learned per layer.

During the decoding/decompression phase, an  up-convolution operation (i.e., ConvTranspose2d) takes place which essentially undoes this operation via learnable parameters, such that the 32 layer becomes 64, then 128, etc, until an output image of the original image resolution (i.e., size in pixels) is obtained, except hopefully ( ::fingers crossed:: ) this time containing a segmentation mask. Alternatively, instead of a learned up-convolution layer, an interpolation layer can be used which has no learnable parameters, but this may result in inferior results.

The network then compares the model’s output mask with the provided ground truth. Each pixel contributes to the network loss, and as such contributes to the error derivative per learn-able parameter. Since the decoding layers are provided with higher resolution kernel activations through the copy and crop layers, the network can more easily propagate context/spatial information. This will allow us to train models which have better spatial awareness than naïve pixel level classifiers applied using a sliding window.

Regardless of the desired model type used for the classifier, deep learning is typically best performed using some type of a database backend. This database need not be sophisticated (e.g., the LMDB commonly used by Caffe), nor must it be a true database (e.g., here we’ll discuss using PyTables which has an HDF5 backend). The benefits of using a database are numerous, but we can briefly list some of them here:

I’ve written a blog post previously about the how to get images into a hdf5 table using matlab, but this blog post uses only python and is more refined. We also focus on the types of data necessary for a U-net. This comes down to storing both the original image and its associated mask into the database: 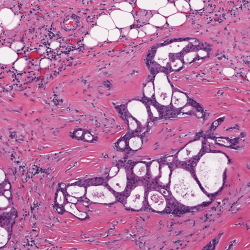 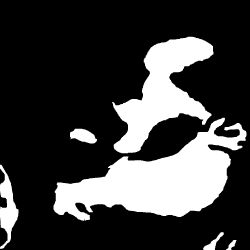 The code to do this is available here.

Some small caveats, this code chops images into non-overlapping tiles, which is very fast based on python views. If one would like to have overlapping tiles, the code itself would have to be modified and is planned for future versions.

That said, some specific items worth pointing out in the code:

Now that we have the data ready, we’ll train the network. One of the joys of working in the DL field currently is the number of people who are willing to open source their code, in this case, the U-Net network itself was made available on github here https://github.com/jvanvugt/pytorch-unet, in a very modular an easily extendable fashion. Thus the main components that we need to develop and discuss here is how to get our data in and out of the network.

Code is available here and that dataset was previously released here.

One important practice which is commonly overlooked is to visually examine a sample of the input which will be going to the network, which we do in this cell:

We can see that the augmentations have been done properly (both the mask and image match), and the edges have been sufficiently identified (discussed below). We can also note how the color augmentation has drastically changed the appearance of the image (left) from H&E to a greenish color space, in hopes of greater generalizability later. Here I’m using the default values as an example, but tuning these values will likely improve results if they’re tailored towards to specific test set of interest. 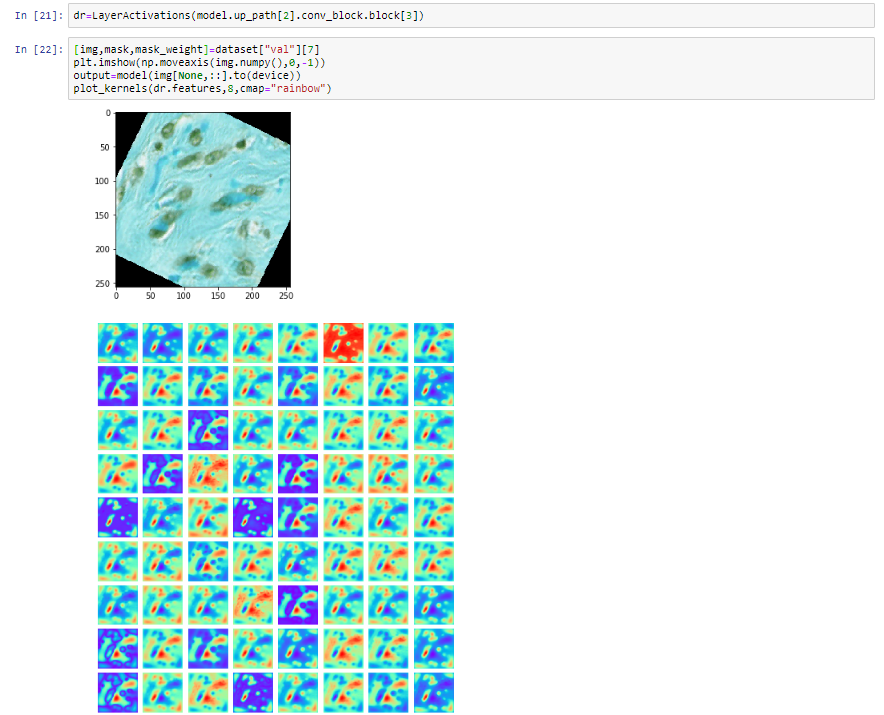 Visualizing results in the validation set

Since we’re consistently saving the best model as the classifier is training, we can visualize the results on the validation set easily while the network itself is training. This is best done if 2 GPUs are available, so that the main GPU can continue training while the second GPU can generate the output. If the network is small enough and the memory of a singular GPU large enough, both processes can be done using the same GPU.

A minimal example of how to do this is provided here. Note that there is a very large code overlap with the training code, except pruned down solely to generate output

Lastly, of course we’d like to apply the model to output. For that, I’ve written a prototype command line python script available here.

Given the other files, the code here should be rather self-explanatory when it comes to generating the output.

The output is generated in a naïve fashion, where a large image is chopped into tiles, those tiles fed as a batch to the model, and the results merged back together. This usually does well for most of the tile but tends to do poorly around the edges. The next version of this code (pull requests welcome!) will merge together an offset version of the image to “correct” the overlapped regions.

I’m hoping that you find this approach useful and generalizable to your own use cases. I’ve realized while building this how rough the annotations in this dataset are, and yet was pleasently surprised at how the network was still able to do a pretty reasonable job in producing output.

This project is of course a work in progress and will be updated, so please keep track of the revision numbers at the top of the files to ensure that you’re using the latest and greatest version!

Any questions or comments are of course welcome!